#Empirekred - the place to be 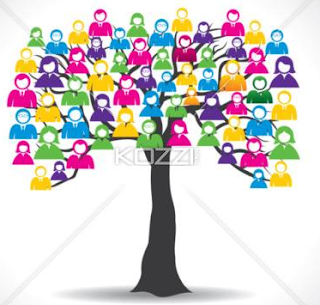 Why I have joined Empire.Kred and its Leaders

I consider myself a professional writer. With two awards for published cookbooks and numerous publications in newspapers and magazines you could call me fairly successful.

However, my social media presence left a lot to be desired. I had plenty of friends on Facebook, but all my post never seemed to attract any attention.

Then a friend sent me the invitation to Empire Avenue, how it was called then. That was in February. Since then, my social media activity has skyrocketed.

How? Thanks to Empire.Kred and its missions. When I create a new post, I advertise it on Empire.Kred with a mission and people are drawn to my Facebook page – or wherever I invite them to go. The best: It does not cost me a penny.

A few months ago, the owners of Empire Avenue changed. Although Empire Avenue had loyal supporters, it did not create the expected revenue.

With Empire.Kred, there is hope now. The people behind the Kred imperium belong to Peoplebrowser, a fairly successful enterprise with money to spend.

At this point, I wonder, why Empire.Kred is still not making money. It is the most useful tool for social media that I have come across.

Among its members you find first class social media experts – and they are all willing to give you a hand.

I have joined Leaders, the elite community of Empire.Kred, because I loved the supportive spirit present in the Empire.

Email ThisBlogThis!Share to TwitterShare to FacebookShare to Pinterest
Labels: #Empirekred

Kornelia
I am a German writer living in Bavaria, who just shifted back to good, old Germany after living for two decades with my Italian husband and our son in Goa, India. I have published three cookbooks: 'Kornelia's Kitchen - Mediterranean Cooking for India', 'Kornelia's Kitchen 2 - Cooking for Allergies' and 'Cooking for Happiness'. All have won the Gourmand World Cookbook Award. My recipes are easy, fast and delicious - the right kind of food to keep your family healthy and happy without spending too much time in the kitchen. I am available to write any kind of content - blog posts, press releases and print articles. Please contact me on santorosangolda@gmail.com for details.